Cindy and some friends joined me on a trip down to San Diego to tour a few breweries for my 33rd (good lord!) birthday. The pictures have been dumped to my main flickr repository on for breweries. It was a helluva lot of fun. And some of the best beer on the planet. 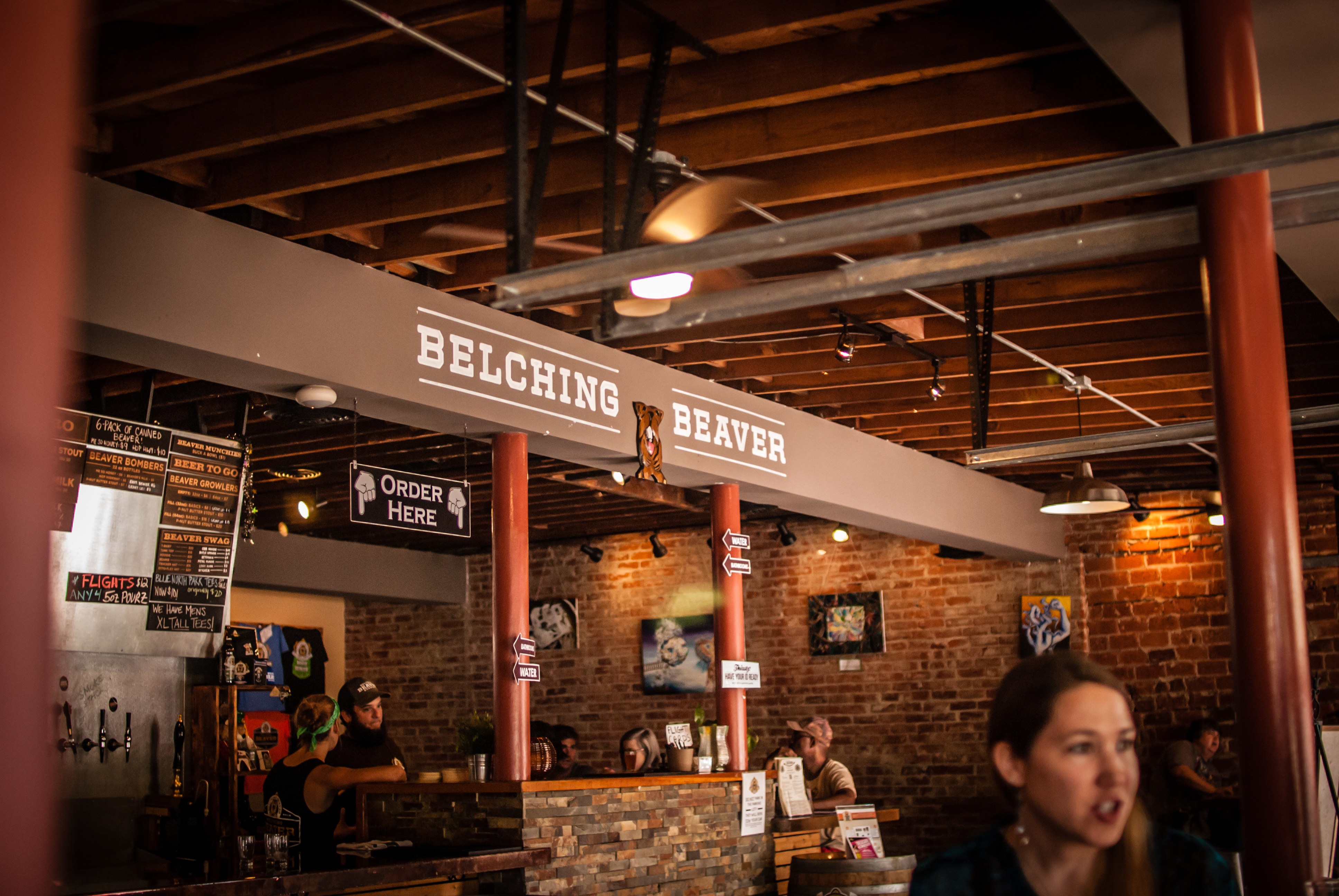 First stop was Belching Beaver’s tap room in North Park - opening at noon and welcoming pets with open arms. So I got to enjoy Molly a little longer! 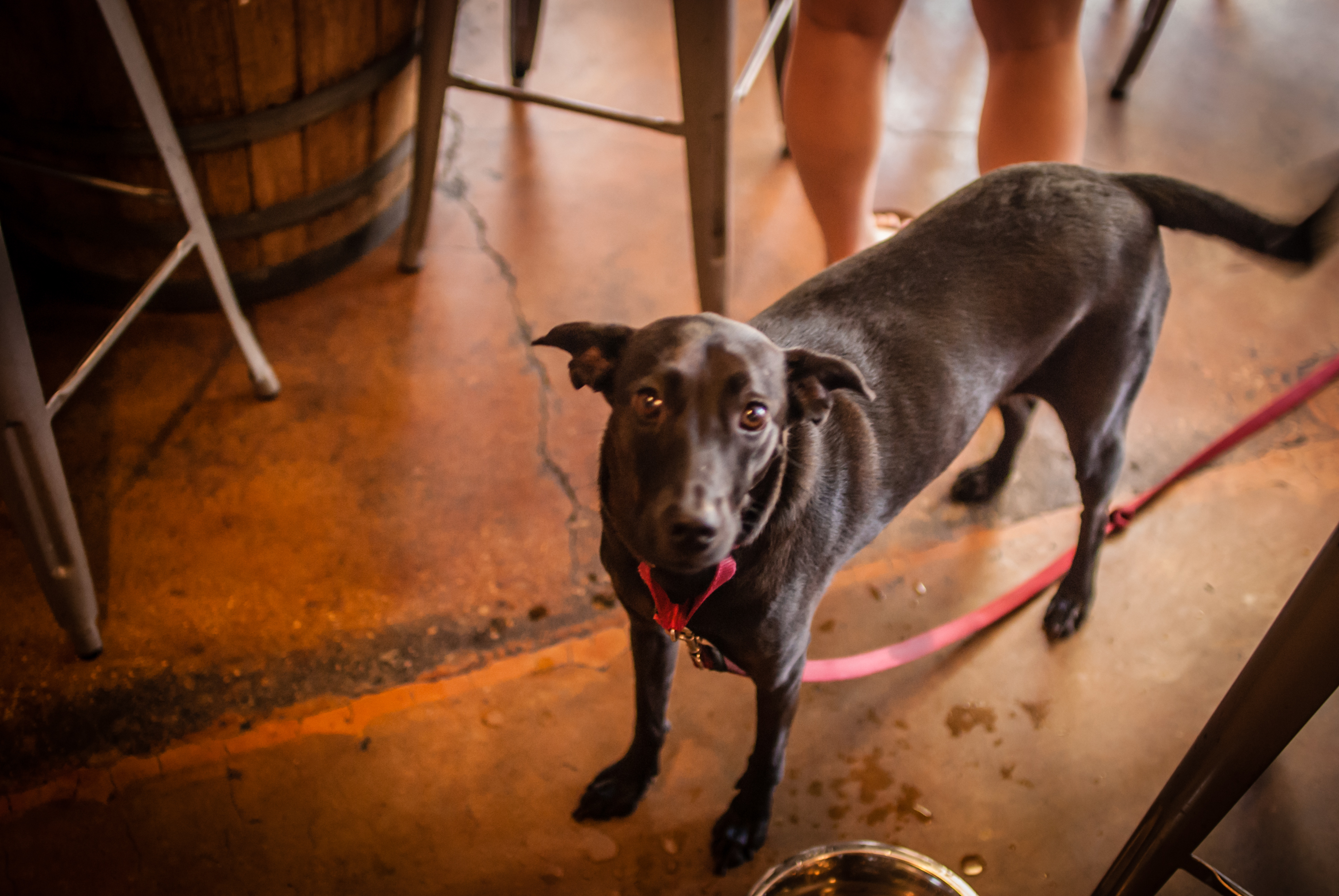 Since the place was pretty empty, we didn’t mind bothering the servers with a bunch of samplers. I went through some of their non-traditional beers 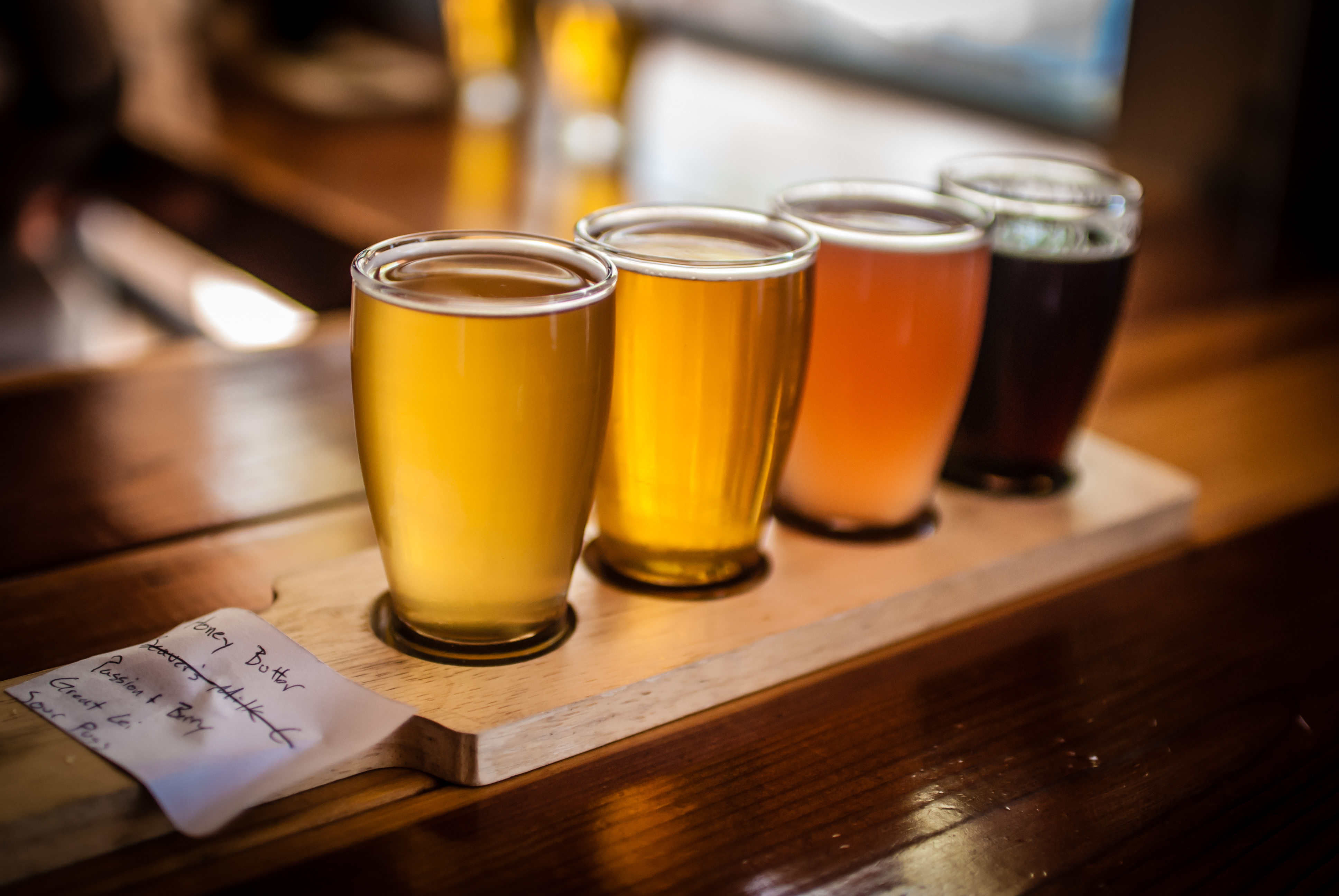 Cindy enjoyed herself even without any beer for the day 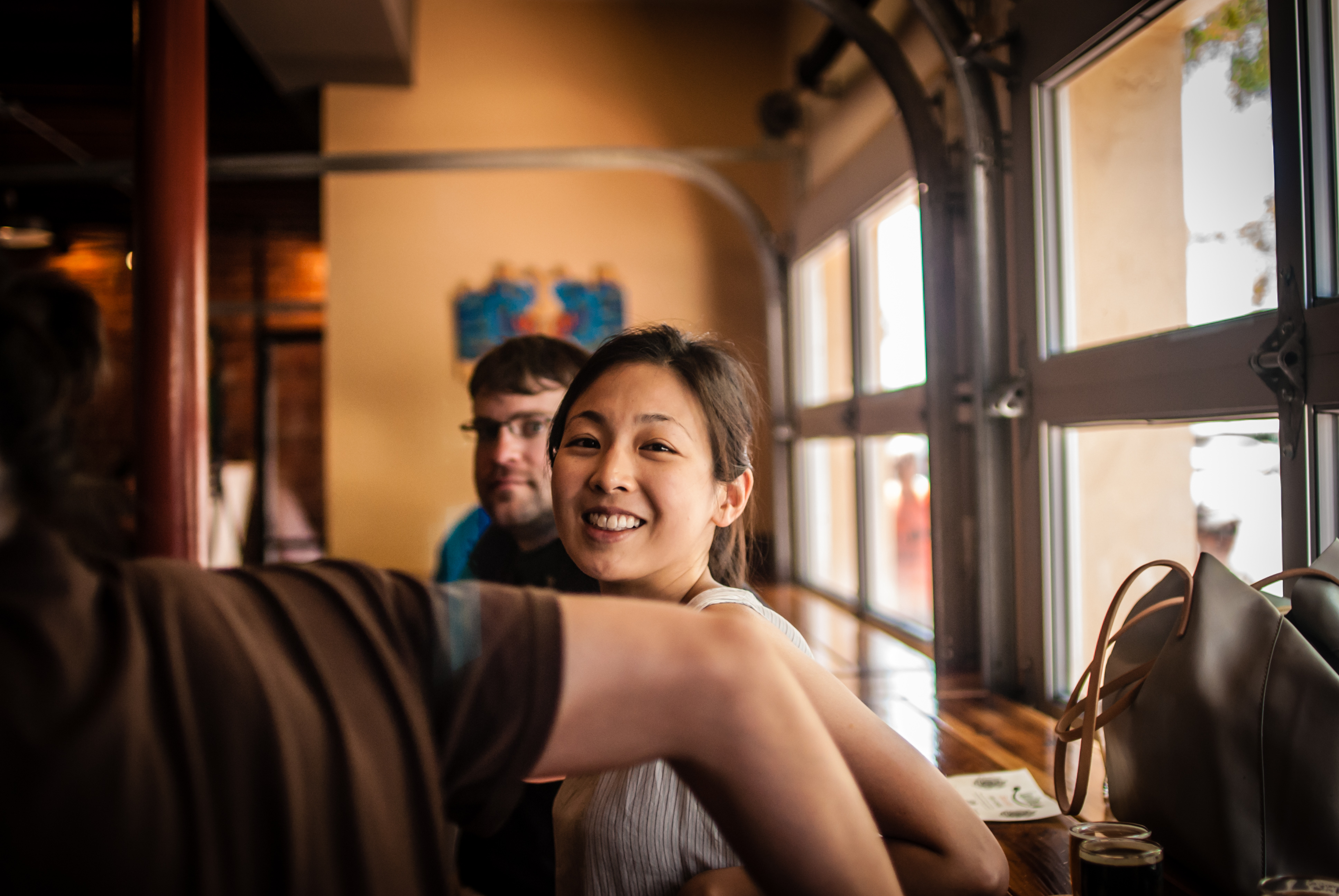 After Belching Beaver, we headed to the south end of town to… 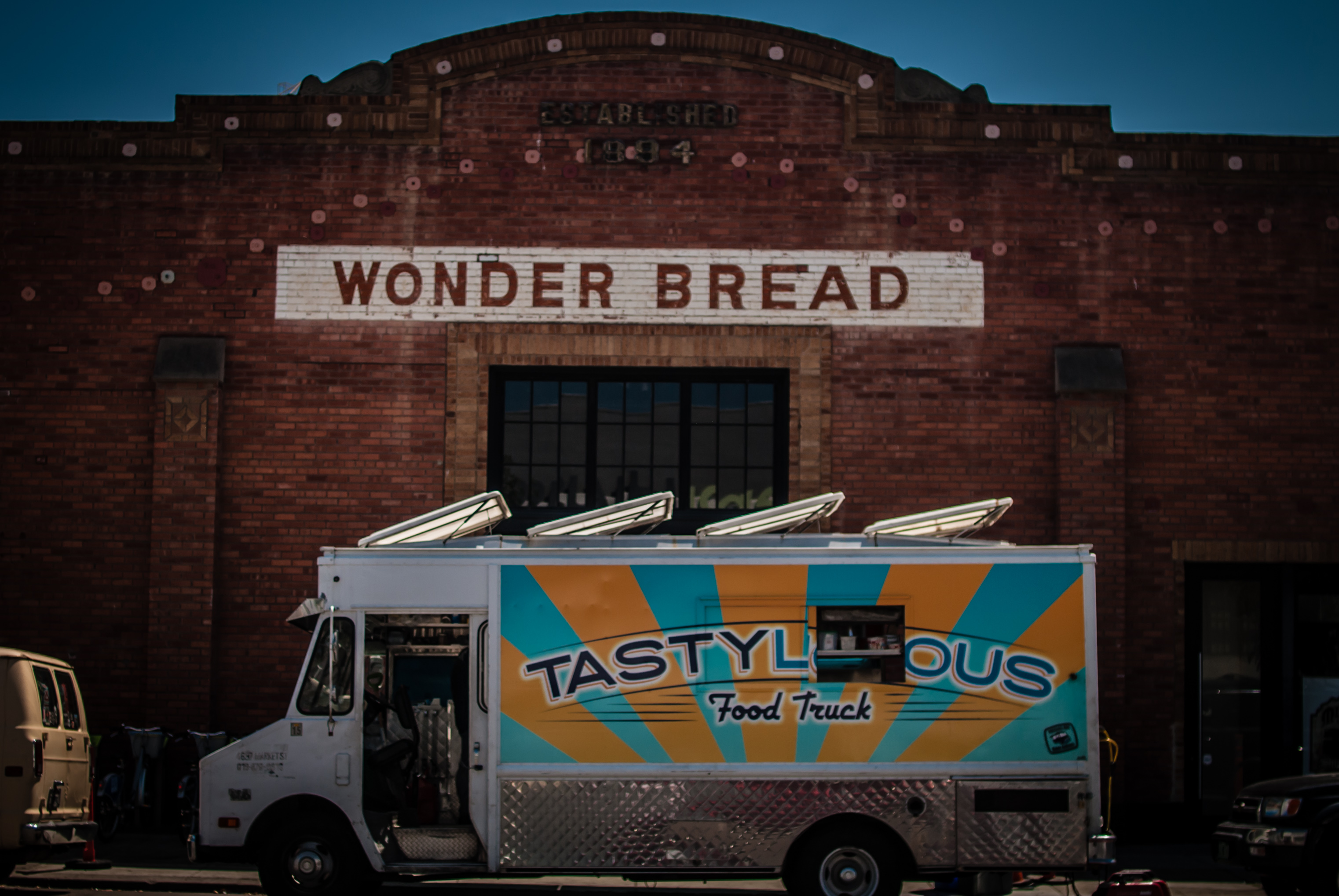 Now I have to admit how much of my Arizonaness I’ve lost. Southern California was in a bit of a heat wave for the week before and the day we did this tour, San Diego was still in the grips of that. Arizona Jon would have laughed at these pampered shmucks complaining about high 80s being a heat wave. But Arizona Jon wasn’t here. LA Jon was, and he was sweating to high heaven. Mission Brewery, with their giant old warehouse building was obviously not wasting their money on inefficient air conditioning so when we walked in, it was instantly decided we’d only do one beer there and move on. Steve and Tasha got me Mission’s session IPA, El Conquistador. And I got some tacos from the truck outside. 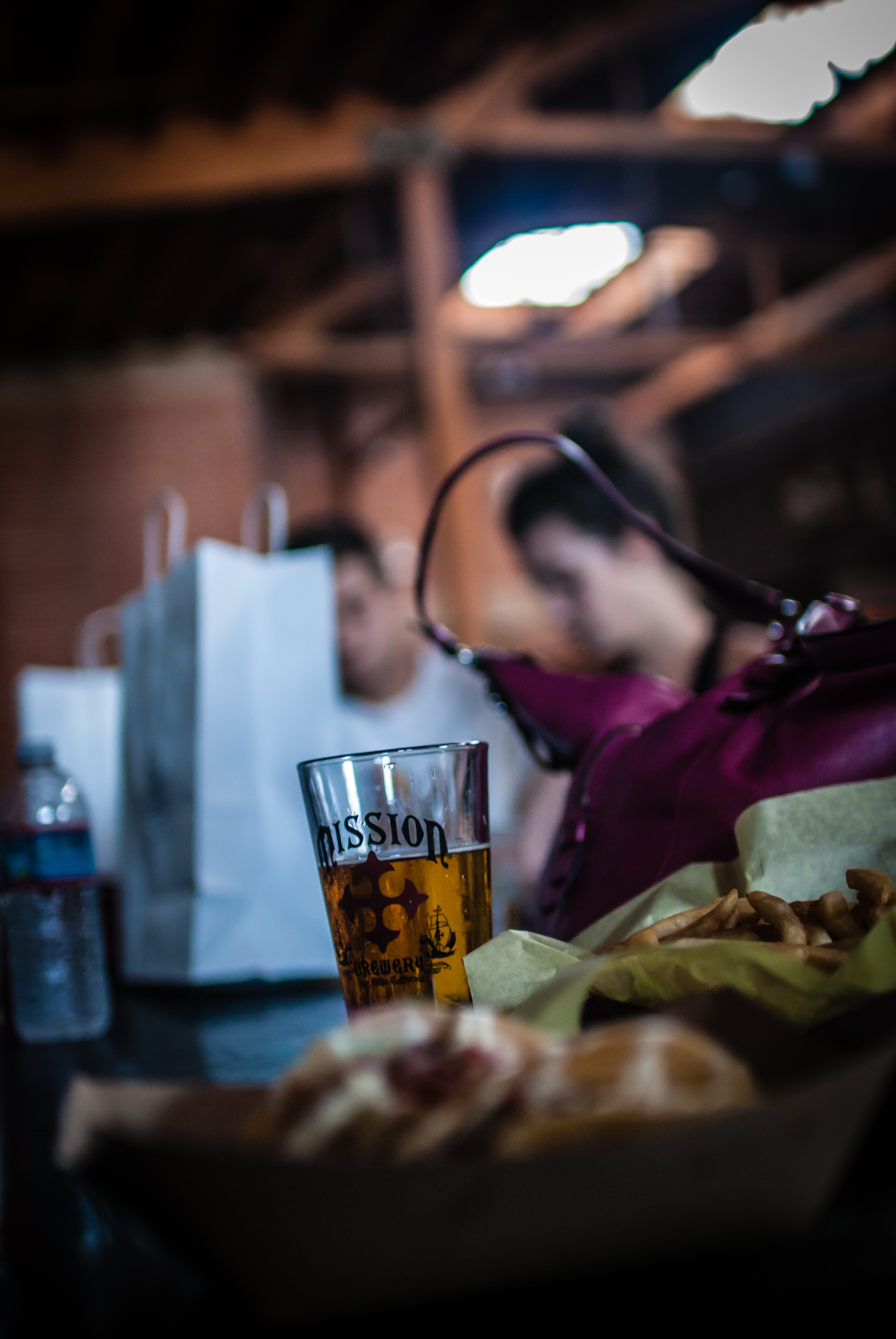 From Mission it was on to .. 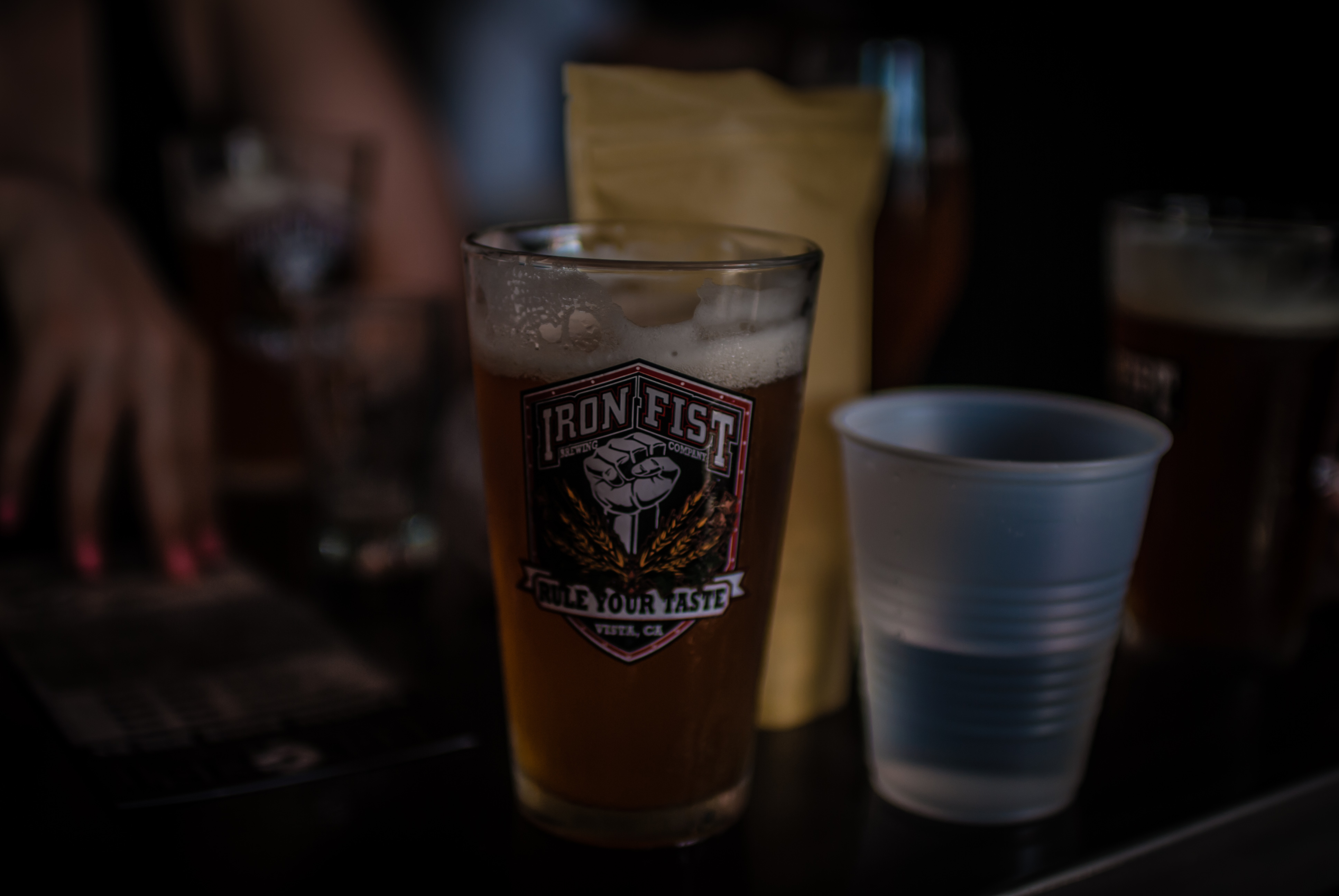 I got their Counter-Strike beer. From what I remember it was an OK-tasting IPA. Maybe? Shit I don’t remember, I just got it because of the name. AC wasn’t running in this place either. And since we had hoofed it from Mission there (really, only like half a mile away…) we were all even sweatier and wanted a Lyft ride to cool down. I think I slugged another beer on the way out but for the life of me don’t remember what the name was. Anyway, next came up one of my most anticipated places… 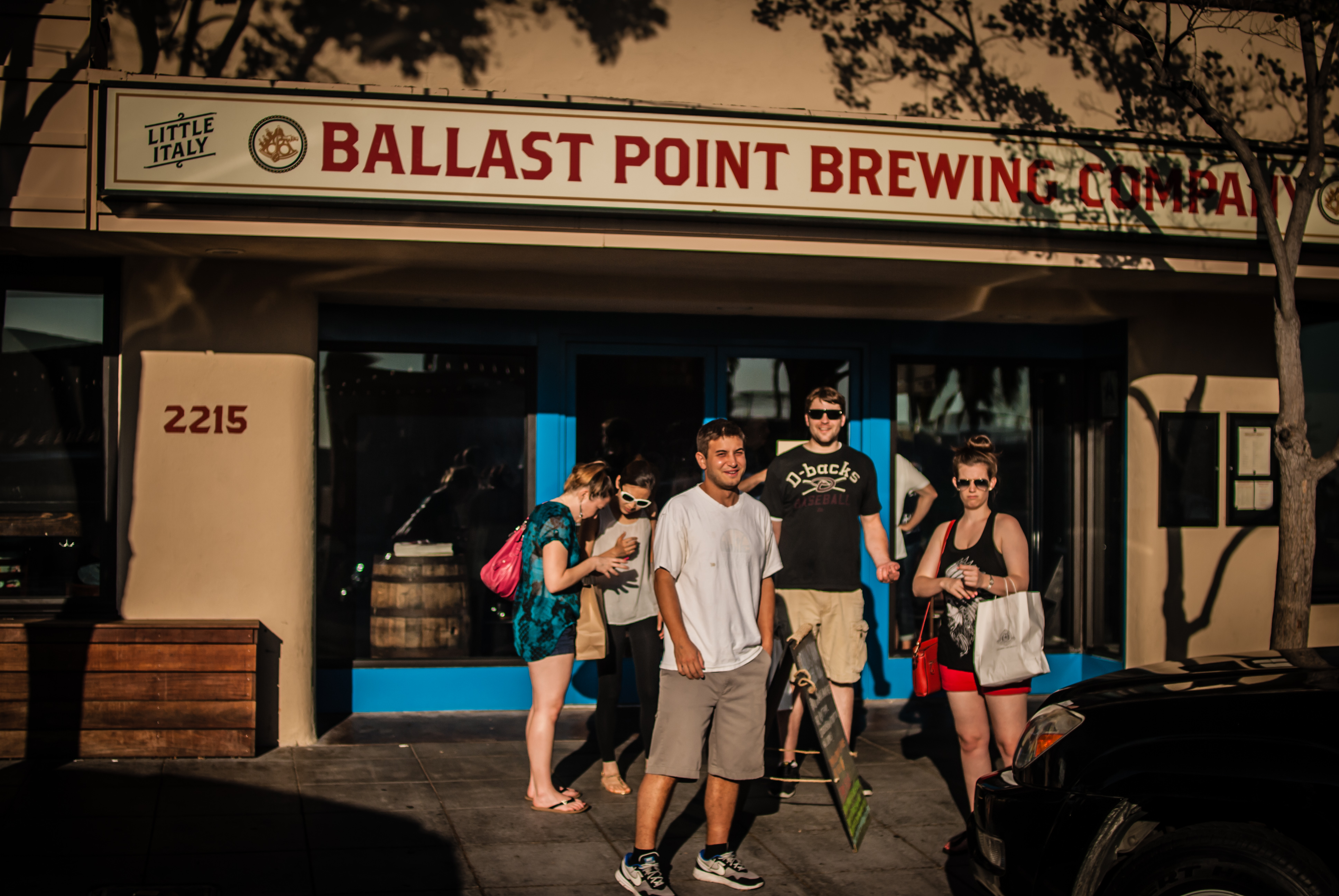 Unfortunately, at this time of day in San Diego the bros come out of the woodwork like so many roaches in the dark. So what would have been the best place to spend a long time, turned into a pretty crowded and difficult place to get a beer. I started off with their Fathom, an India Pale Lager. The problem with Ballast Point is that their Sculpin IPA is easily one of my favorite beers on earth – so if I’m inside their tap room and tasting any style that’s kind of close, what chance does it have for approval? Not much. The Fathom IPL was decent, I suppose. But it’s not a Sculpin.

After Fathom, I had a Calico amber. Another one of their outstanding beers. I’ve written on this blog before how the malty sweetness of their Calico is so shocking in its ‘cleanliness’. I don’t know how else to describe it. I love it.

The last one I had to have was their Even Keel session IPA, a beer I didn’t even know existed until trying it. It sort of suffered from the Sculpin phenomena but it was really quite good. There wasn’t anything truly remarkable about it but it checked all the boxes you’d want for a session IPA. Strong aroma, decent bitterness while still being pretty light tasting. Basically it was like a good home brew where you just dump tons of hops onto a simple IPA recipe.

We’d had quite a good amount of beer at this point, so everyone was getting real hungry. Which meant the next stop had to be…

The frequency of pictures pretty much died off halfway through Ballast Point as I began focusing more on drinking and joking around with everyone and less on the camera in my hands. But Stone was a beautiful place. Their restaurant on Point Loma seemed quite a bit fancier than their place in Escondido. There’s no chance at this point that I can recall what beers I got at Stone. I know the first was some kind of hop thing. But like Ian said, it kind of tasted salty like miso soup. Sorry, that’s the best I can do for memory’s sake. They also gave me one of their stouts with some ice cream – Meredith told them it was my birthday. That was pretty awesome.

Back to the house 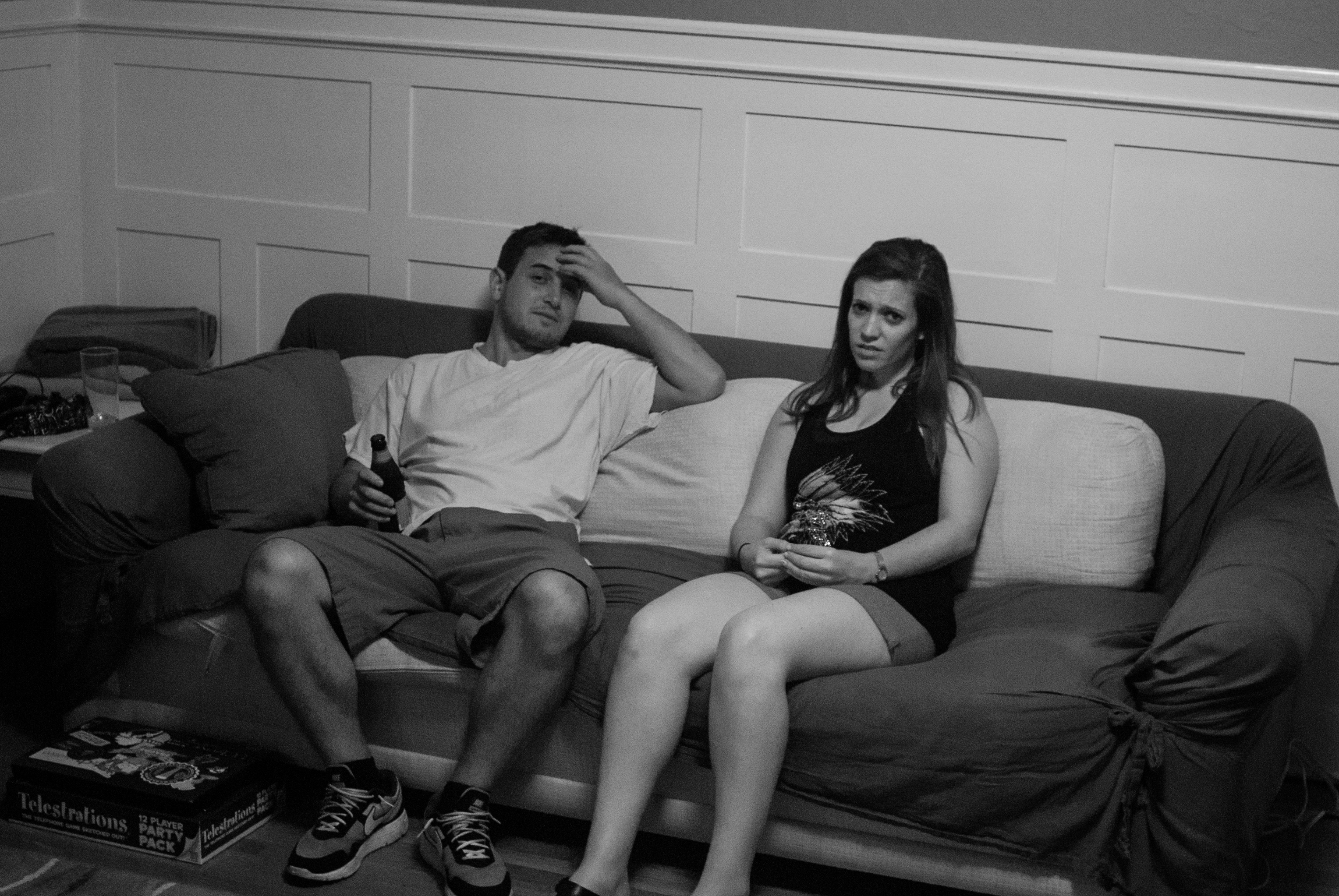 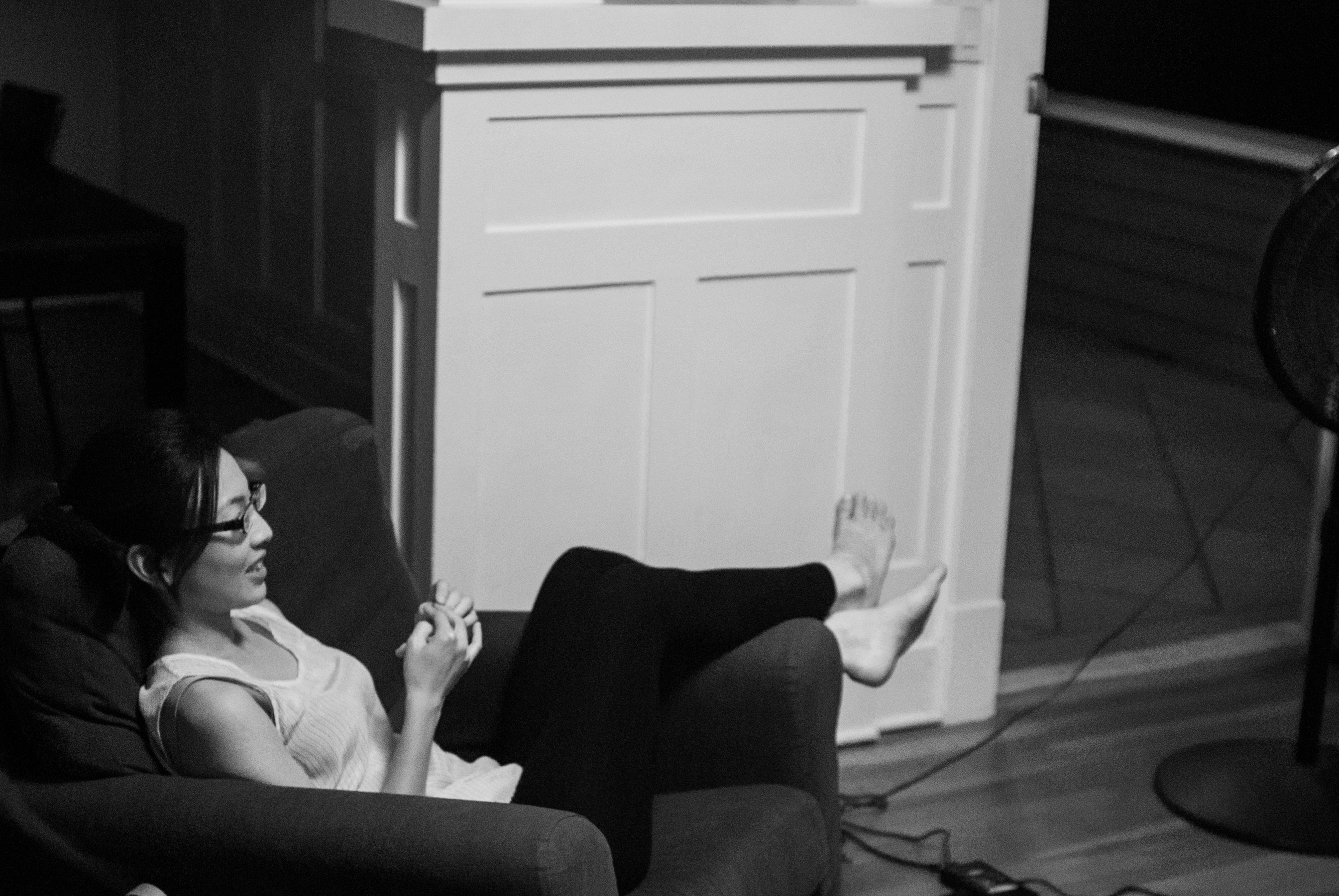 The night wound down with a few sessions of Telestrations paired with Saint Archer’s beer. And that’s about it. No one got into too much trouble. The beer was all-around outstanding.